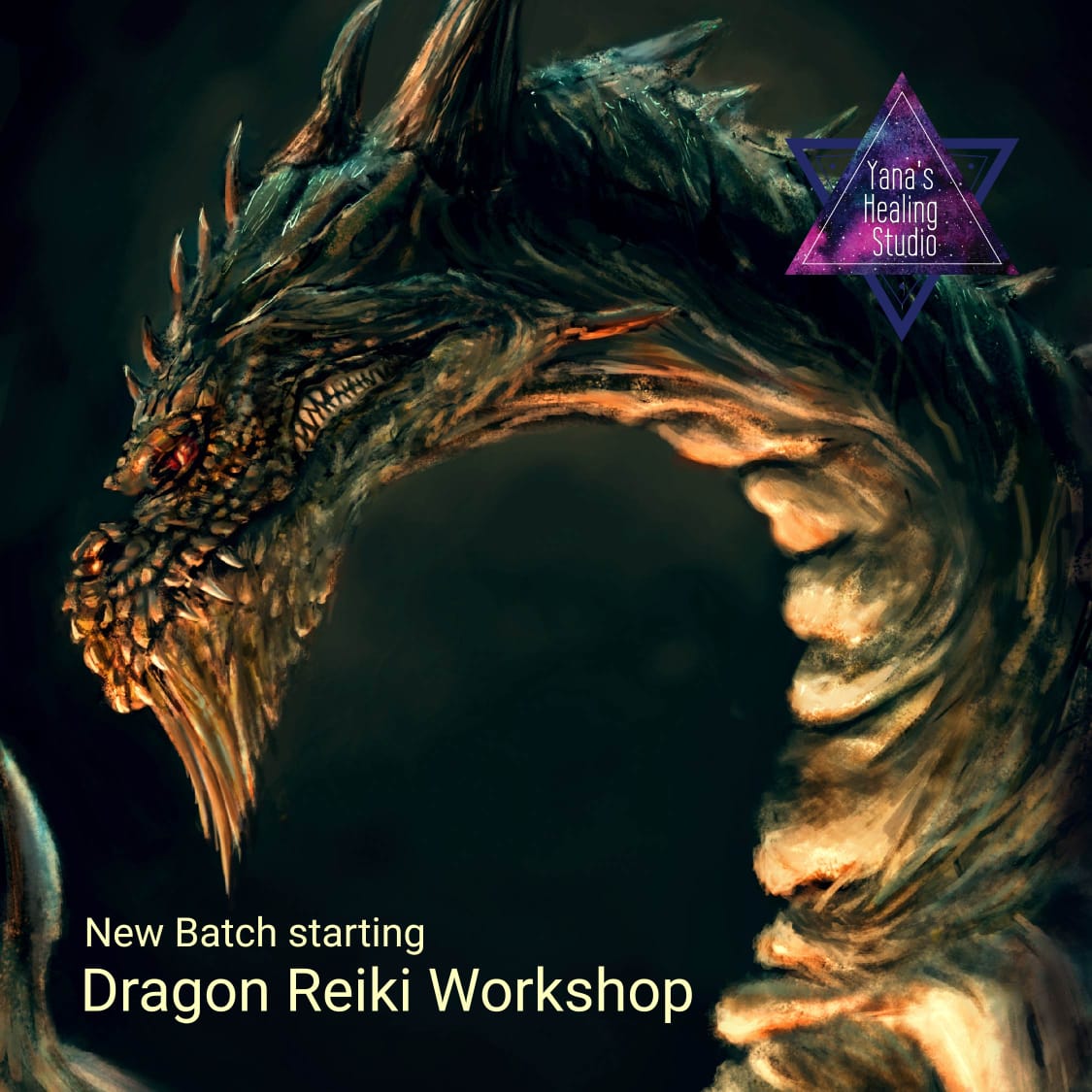 Get reconnected to your Elemental Forces again. Dragon Reiki is here to help.

Join-in to to know more: https://t.me/joinchat/UdFhWgD5n-IzDcgl

Dragons are the mightiest forces of the ethereal realms, but are belonging to the fire element too; they are able to show up simultaneously in the elements water, air, fire and earth. That’s why there exist Fire Dragons, Earth Dragons, Air Dragons and Water Dragons.

Dragons are the keepers you can find at the doors to wisdom, are keepers of precious treasures, which can only be found behind these special doors.

They are guarding the transitions from fire to light, from knowledge to wisdom. This is often shown in eastern cultures, where Dragons are heaven-sent messengers which are guarding the treasures and homes of the Gods and control all of the powers.

There are Thunder- and Rain Dragons, Earth Dragons which clean the Rivers, Royal Dragons which control the empires, giving them the highest possible forces, Dragons which have control over Yin and Yang needed for the fulfilment of the Tao (eastern way to wisdom).

A Master who has learned to control these powers is called someone who is able to ride the Dragon.

Mighty in protection, perfection, superordinate vision, highest luck and with big power and strength are for the ones which are born under their power, blessed with their strength or under protection of this power.

The power lines of Earth, the Leylines, are also called dragon tracks.

The energy points of the body, which are used for acupuncture, are named dragon points.

The ascending and descending lunar nodes in a horoscope are also called the dragon points;

They are revealing from where a human being comes, with which abilities he is gifted with and where he is going to.

Dragons are mighty powers, which are sleeping in each of us too.

The more we follow the Dragon tracks, the more we unfold our inner power, we are reaching our own strength.

Power for itself is a neutral energy. What’s important is how you use it, if you are able to control it, if you steer it to reach your higher goals, or if the power is dominating you. A human being not living his power and forces will often encounter this forces from the outside.

In Dragon Reiki we are trying to reconnect to these powers.
What will you receive:
•    Training to become a healer and trainer
•    Notes in PDF
•    Distance Attunement for both levels
•    Meditation
•    Practice session
•    A thorough understanding on Dragons and Dragon Reiki by Siddhii

To know more, send a whatsapp message to: https://wa.me/message/6KWQJFQBG52DD1

Siddhii Shaah is a gifted Psychic Medium, Spiritual Mentor who at the age of 16 started interpreting others’ dreams for them. Siddhii was introduced to the field of energy healing at a very y

Material to be brought by attendees